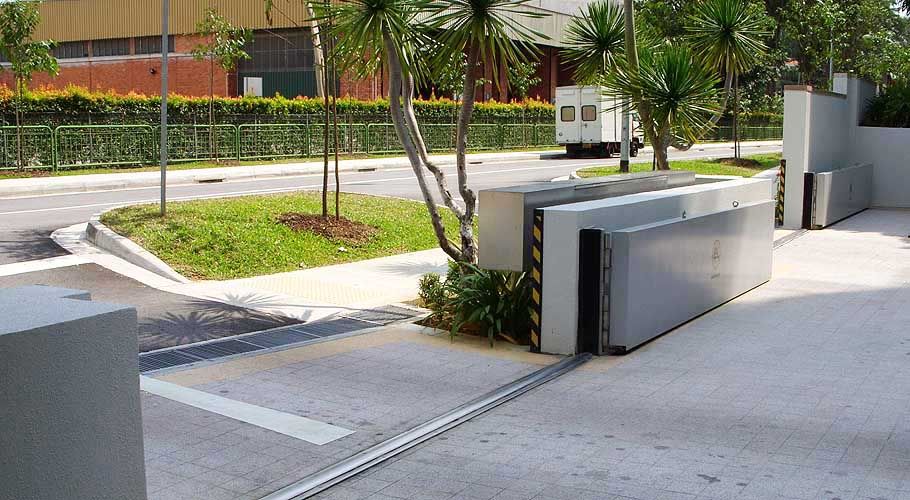 It was the flooding in July 2010 that tipped the scales. After residents in the 400-unit Tessarina condominium found their vehicles in the basement car park almost submerged in water, the decision was taken to prevent future floods from causing similar damage. Altogether, there are six BLOBEL barriers (2 BL/HHS, 3 BL/HDS, 1 HTL-SB-Vario) now protecting the various building openings within the apartment complex, which lies at the foot of a sloping road, from further torrents of water. The barriers are activated via a video surveillance system operated by the complex's own security staff.